I posted a picture last night of my computer being taken over by Scott for the past week.  As most of you know, he has been on a job search and we are both putting our faith in God to lead us wherever we’re supposed to be…but for now it’s here in Orlando.

The D12 Foundation is Dwight Howard‘s Charity.  It was established in 2010 and focuses on building the youth community in Orlando and “is determined to change the lives of youth in American and International communities one day at a time.”

This coming weekend Dwight is hosting a Celebrity Weekend, and will be at events starting Friday night and ending in a Celebrity Basketball Game on Sunday at the UCF Arena.

Relationships determine results and due to the ones Scott has made he was asked about 2 weeks ago to produce Celebrity Weekend events.  He has been working day and night since he was hired for it and when he does sleep it doesn’t last long before he wakes up in the middle of the night to write ideas down: 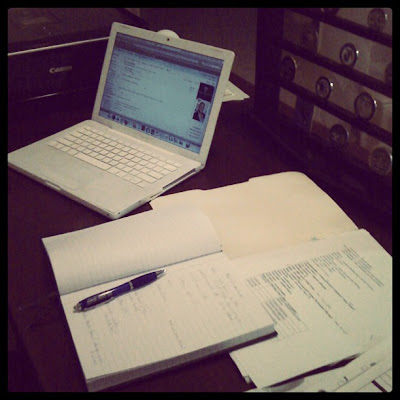 I stole my computer back from him for an hour in promise of promoting the Celebrity Weekend (which I’m doing), but just thought I’d throw some fun facts about what’s been going on around here:

I keep referencing Pinterest lately, but think of Scott’s version as Sports Entertainment-erist.  Every time I log onto my computer there is about 15 screens open with videos, word documents, and ideas plugged everywhere.  Out of no where he’ll come up to me like an ancy little kid, asking “what about this or how about that?” I know it’s just because he’s got a lot of ideas going through his mind, and besides the hogging my computer part of the process, I think it’s really kind of cute.

During the last few weeks Scott has worked hand-in-hand with Dwight’s team and has been a part of creating a show that Orlando has never seen anything like before.  I don’t know why this has never been done in the past, because it sounds like an amazing event:

Dwight’s Celebrity Weekend is filled with events including a VIP Party at Roxy Friday night as well as a Celebrity Bowling Tournament Saturday culminating with the main event on Sunday: the Magic All-Star Basketball Game.  This game is going to be CRAZY!  I am so excited to go and am having a really proud wife moment, knowing Scott has had a huge hand in piecing it all together. 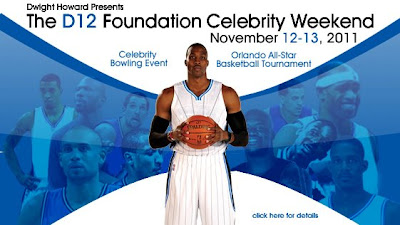 Here is what you can expect to see at this game:

WOW that took a long time to link all of that – pretty exciting stuff! I don’t know who’s asking but I would say that’s a great list of entertainment…way to go Scott! (more proud wife feelings…) 🙂 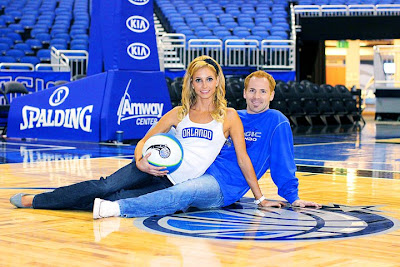 Oh, and as far as tickets go, it’s an event to raise money for his charity so you can find out more info & purchase them here.  (Sorry guys…no extras this time!)