Yesterday I mentioned how Scott is a bit of a gourmet chef, while I am more of the quick and healthy kind of recipe creator. Over the weekend I told him I wanted to make butternut squash soup and he took it upon himself to find and tweak a recipe to deem his own.

While I normally look right past ones that involve more than a handful of ingredients, he looks at them with “the more flavor the better” thinking and in most cases he’s right.

Here is his latest creation that will warm you up on chilly fall or winter day. We might even make it again next week for his parents, and maybe even for a Thanksgiving appetizer if we feel like getting crazy. Who knows! 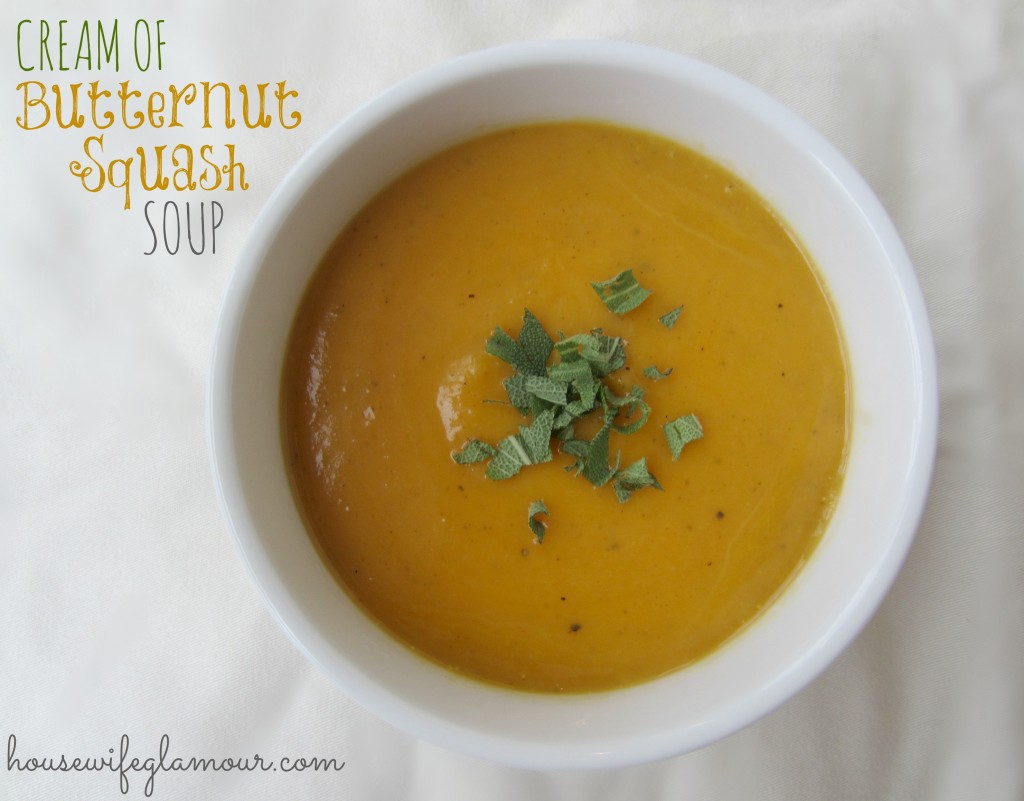 *And for the health nuts out there, make sure to look for my healthier substitutions + suggestions at the bottom. 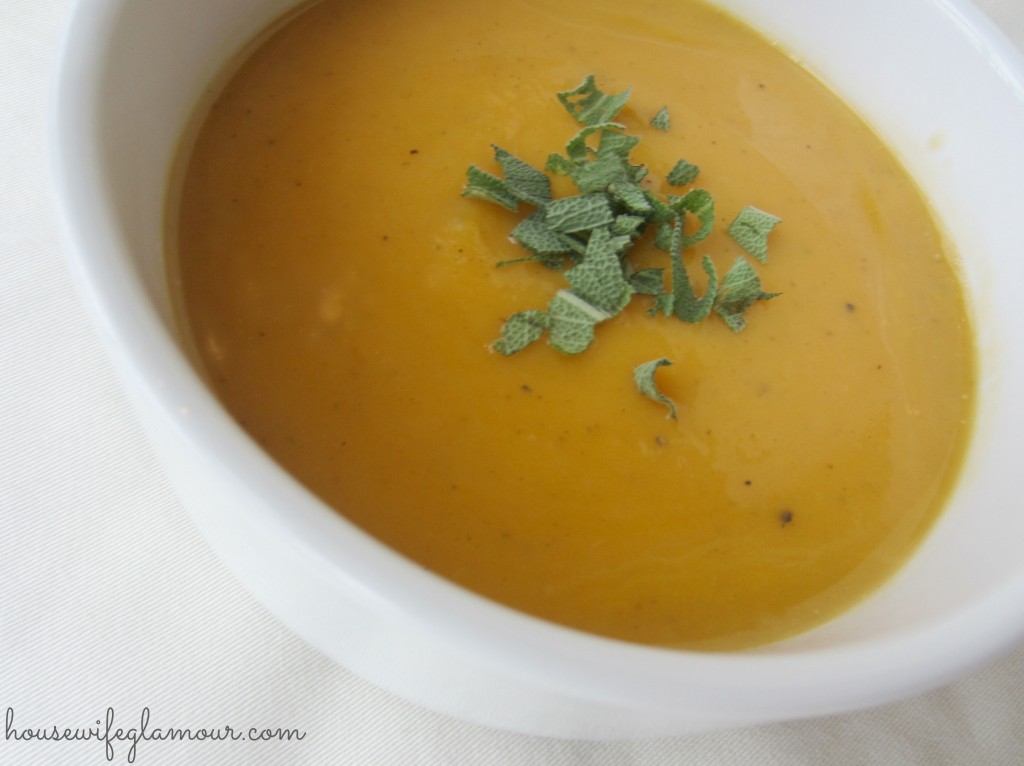 1. Preheat oven to 425°F. Make sure rack is in middle. Cut squash in halves, lengthwise. Remove seeds by scooping with a spoon.

2. Place squash pieces cut-side up on a baking sheet. Melt 1 Tbsp. of the butter and brush all of it over the tops of the squash halves. (You can use your fingers if you don’t have a brush.) Generously season with salt and pepper. Roast until tender, about 50 minutes to 1 hour.

3. While squash is baking, peel, core and dice the apple. Dice the onion. Melt the remaining Tbsp. of butter in a large sauce pan over medium heat.

4. Add the apple, onion, and sage. Season with salt and pepper and cook, stirring occasionally until softened, about 7 minutes. Remove the pan from the heat and set aside.

5. When the squash is ready, set the baking sheet on a wire rack until it is cooled. Using a large spoon, scoop the flesh into the saucepan with the sauteed apples and onion. You don’t need the skins.

6. Add the broth, water, and measured salt and pepper, stir to combine, and bring to a boil over medium-high heat. Reduce the heat to medium-low and simmer, stirring occasionally and breaking up any large pieces of squash, until the flavors blend, about 15 minutes. Remove the pan from the heat and stir in the cream.

7. Using a blender, puree the soup in batches until smooth. Taste and season with salt and pepper as needed.

Served garnished with pumpkin seeds for more of a fall flare! We looked for them at a few stores, but came home empty handed. I used sage for the picture instead.

Things I would have modified, if I was allowed to touch the recipe:

• coconut oil instead of butter

• add more chicken broth instead of the creme (consistency would be less thick), maybe also experiment with almond milk

• for vegetarians: use all vegetable broth instead of chicken broth

• cut back on the amount of salt

Other “Gourmet” Recipes by Scott:

« Diving Into the Holidays, Treats First
Why I Do What I Ate Wednesdays »

Leave a Reply to Christina @ The Beautiful Balance Cancel reply