Halloween weekend is officially here and this is the first year since Scott and I have been together that we haven’t carefully selected and put together dynamic duo Halloween costumes.

This year is different than previous ones because we’re actually making an effort to save up for a house (finally!) and are trying to be smarter with our money.  During the Fall season, we usually hit up every Halloween or Fall event we can in Orlando, including Halloween Horror Nights, Epcot’s Food & Wine Festival, and go to at least one or two Halloween Parties dressed to the tee.

Here’s a little re-cap of our past 3 Halloweens together: 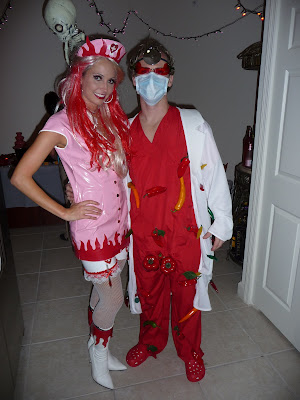 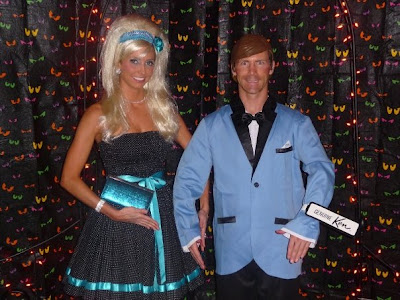 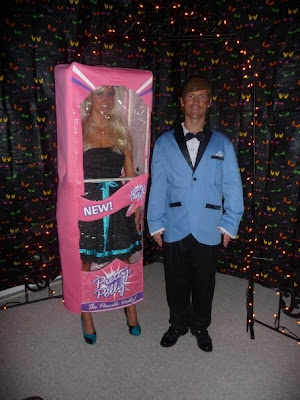 K+B will always be a favorite of mine, but nothing compares to… 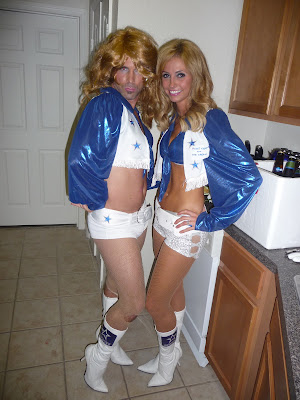 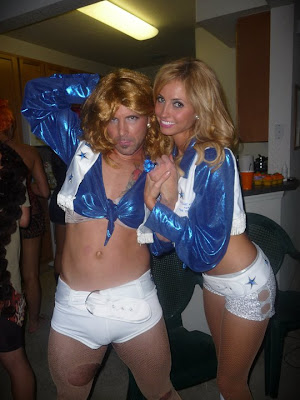 There just aren’t any words for this.  All I can say is that we won the “Best Couples” costume award at that Halloween Party – BOOYAH!

Oh, did I mention that the his & hers DCC costumes were a find from our bonus room?  Don’t ask why or how this happened, but I have a little confession to make:

Over the past 4 years that we’ve had a condo Scott and I, no…Scott has accumulated an entire room of props, costumes, and anything else you can think of that is random and has no use…until now.  You might have missed it, but you can see a VARIETY of the types of costumes I’m talking about he pulled from his personal collection in this Funny Bridal Shower Video.

For your enjoyment, and in lieu of having Halloween Costumes this year, we proudly present to you an: “I found it in the bonus room” costume fashion show!”

*NOTE: These photos were taken back in May when Scott had a full beard for the Orlando Magic’s Fear the Beard <— (funny video) campaign.  I finally made convinced him to shave his beard off before all of the wedding festivities began, but in all fairness I agreed to his only request of taking photos of beard disappearing.

So, in case you were wondering…that facial hair is legit.  First up, Harley Joe: the one man serious mullet show. 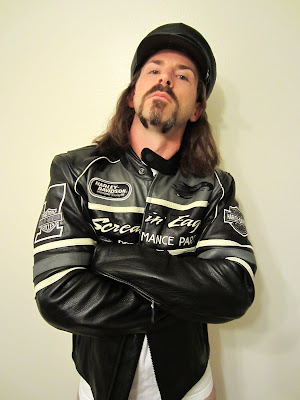 Next, the “fu man chu” showcased by Scott the Sensei: 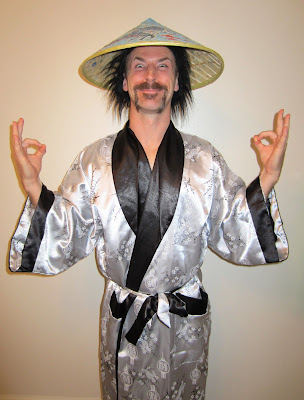 I know what you’re thinking by now and yes…this is what I married.  It was almost too much to take at first, but sooner or later I had to join in and decided to embrace my inner Geisha: 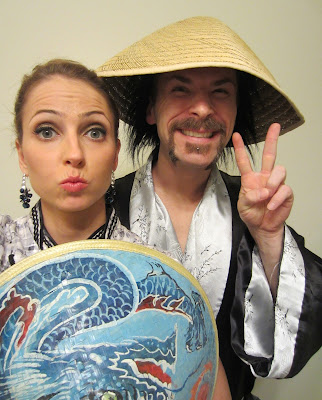 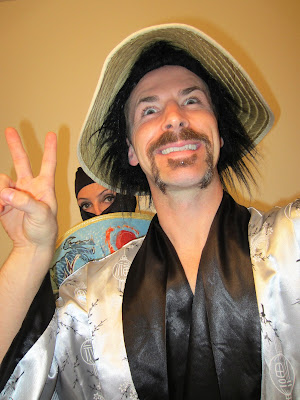 Closing up with a pretty intense Kung Fu stance: 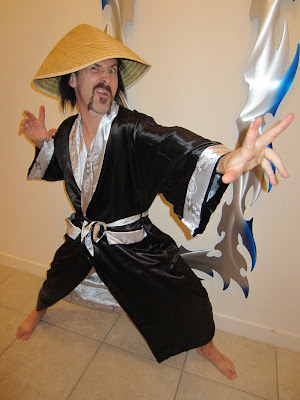 Ohhhh man.  Are you crying yet?  I am over here.  I seriously debated posting these or not, but they were too good NOT to share, right?  You’re welcome.

I hope you all are having a wonderful Halloween Weekend celebrating, cooking yummy orange and chocolate treats & getting dressed up.

*Don’t forget to enter in my Pumpkin Spice Coffee Giveaway!