This post is dedicated to the one and only Lauren Heather! She is not only a bridesmaid in our wedding, but has been like a sister to me since the day I met her back in middle school.

Scott earned some extra brownie points yesterday by making the 2 and a half our drive to Jacksonville and back with me just to see my bestie!  She has been touring for the last month with the Radio City Rockettes and we got to catch her very last show in Florida before they left for Austin, TX to finish the tour.  Even though I had been working all weekend, I managed to switch around shifts to make sure to get the Jax on time to see my friend, and I’m SO glad I did!

Back in middle school, I met the beloved LH when our summer dance program included housing a guest for the summer to take our intensive classes.  Lauren was my guest and, well, when the summer was over never really moved out!  We had an instant bond right away and spent a lot of our time watching Austin Powers, singing Space Ghost songs, and doing our nails.

After the program was over, LH and her mom decided it was time for a change in her life and moved up to Orlando.  Giving them time to find a place and settle in, L lived in our guest room and even when they found a place would be over almost every time I was home! I loved it – it was like having another sister, and we did everything together.

When we got to high school, we remained super close.  We started dancing at different studios and focusing on different things, but we always had that understanding that we will love and support each other in whatever we do.  That theory really got put to the test when our senior year came around because Lauren decided to move up to New York City, NY by herself as a 17-year-old to pursue a dance career.  I had all of the faith in the world in her, and knew her personality and drive was there more than anyone I knew.

LH has never really chose the traditional route, one might say, but I am so happy to say that her talents have gotten her all the way to the top.  In my eyes, she has “made it” in what she wants to do and I like to say I live vicariously through her.  She’s so brave and takes more risks than anyone I have ever known!

While I was finishing my senior year of high school, Miss LH was getting settled in NYC and was auditioning for numerous shows and gigs up there.  Right away, she got a job performing in Germany with West Side Story and it was only within a year before I saw her perform on the VMAs as a dancer for Beyonce! I didn’t think I could have been more proud of her than at that moment I saw her on TV, but that was just the beginning…

About 5 years ago I actually got to go up to NY to see her do what she does best – perform on Broadway! Lauren was casted in the NY Broadway production of Wicked, and I couldn’t be more excited to go see the show!  Unfortunately, the week before I was scheduled to go up there she hurt her shoulder during a performance so I never got to see her perform.  I did, however, still see the show and she pointed out exactly where she did what.  I saw her name and picture in the playbill and again, I couldn’t believe there she was!

My best friend from middle school, my dance partner, and now a professional dancer on Broadway! I was so proud of her.

She has done a few things here and there since she decided to leave Wicked, but yesterday was the first time I could ever say I officially saw her dance on Broadway!  In 2008 she got the exciting job as a New York – Radio City Rockette!  She did the show right there in NYC that year, but returned to the Rockette stage this year on tour! Not many people can say that, right?!  From reading the program, I found out thousands of girls try out for the part of a Rockette each season, and only 200 get selected to be a part of the group that tours around the country.  I absolutely LOVED the show, and she did such an amazing job!!!

No matter what we do or where we go in life, we both know we will always have a bond and friendship that can stand any distance or length of time.  It’s funny to say, but she’s kind of like my “Joey” from Friends (one of my and LH’s fav TV shows of ALL time).  We have been best buds and sidekicks since 8th grade, and throughout the years she has always been there.  There will always be a room open to her in our home and we never know when she will pop up – but she always does. 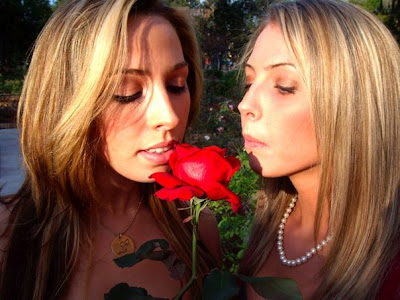 Thanks for being such an amazing friend through it all, LHG.  You are my inspiration to throw myself out there and take risks! I hope one day I can look past my fears and throw everything I have into my dream like you did for yours.  So excited for you to be a part of our big day, and I’m SO happy to know I’m definitely going to be seeing a lot of you this year! xoxo