There are so many misconceptions about gluten-free diets, why people voluntarily choose to strip gluten from their meals, and what the benefits are.

As I was flipping through the Amazing Wellness magazine (sent to me by The Vitamin Shoppe), I stumbled upon an article about gluten, gluten-free labels, and the difference between a gluten intolerance and a gluten sensitivity.

This is a subject a lot of people don’t understand (including my husband), so I figured it would be helpful to share some of the facts with you here on the blog, along with my personal story. If you’d like to read the article in it’s entirety, you can find it here.

I don’t consider myself to be one hundred percent gluten-free, but I do have a sensitivity to it. This is why you see me feature a variety of gluten-free options in my meals and snacks. Over the last few years, I have mixed “regular” and gluten-free ingredients in my meals, but I always notice a difference for the better when I leave the gluten behind.

By no means to I avoid meals like pizzas or pastas, but if there is a gluten-free option available, I am going to pick it 9 times out of 10. 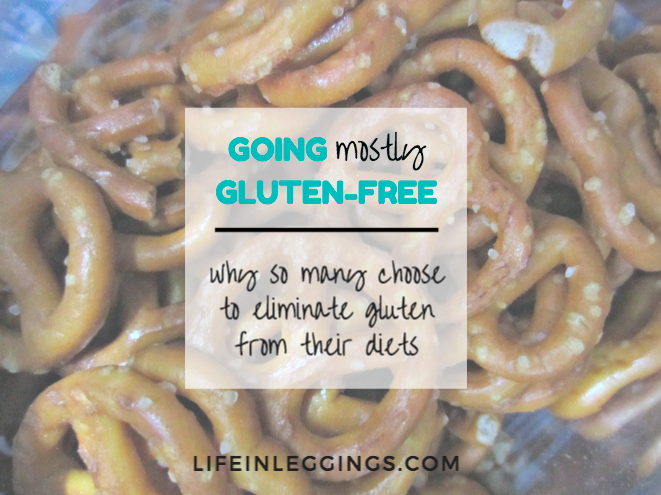 These days, going gluten-free is becoming more popular than ever.

Whether there are health issues surrounding why someone chooses to rid gluten from their diet or not, more and more people are avoiding gluten like the plague every day. For some (like those with celiac disease), it is essential to stay away from products that contain or even touch gluten. For others, going gluten-free is part of a fad diet to lose weight (not going to work, my friends), or an easy attempt to avoid bloating.

I am somewhere in-between those two extremes, minus the diet factor. I don’t order gluten-free pasta when out to dinner to be cool, but the night won’t end there if I happen to get regular noodles, either.

What is gluten, anyway?

According to the article, “gluten — the Latin word for ‘glue’ — is a protein found in certain grains (wheat, mainly, but also rye, barley, and spelt) that allows dough to rise. It’s the sticky stuff that holds stuff together.”

The problem, however, is that we can’t fully digest gluten like other ingredients. 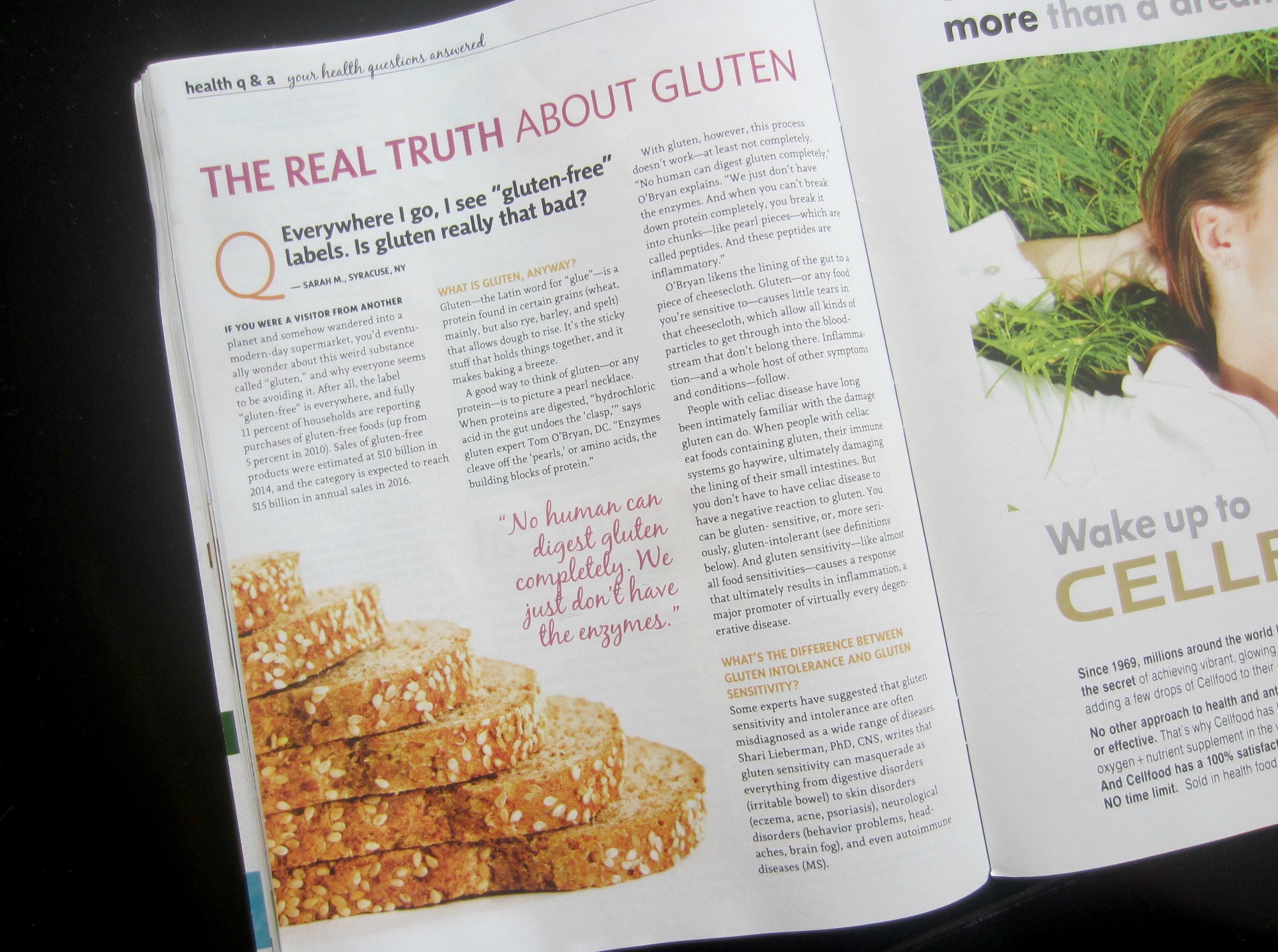 Everyone is different and experiences different reactions to gluten in their bodies, and you don’t have to have celiac disease to have an intolerance to gluten. Some don’t notice any effect when eating it while others feel sick immediately after consumption.

So, what is the difference between gluten intolerance and gluten sensitivity?

The biggest difference between the two is that symptoms with an intolerance appear quickly after eating wheat or other gluten-dense foods and include discomfort like cramping, gas, and diarrhea. Fun, right? 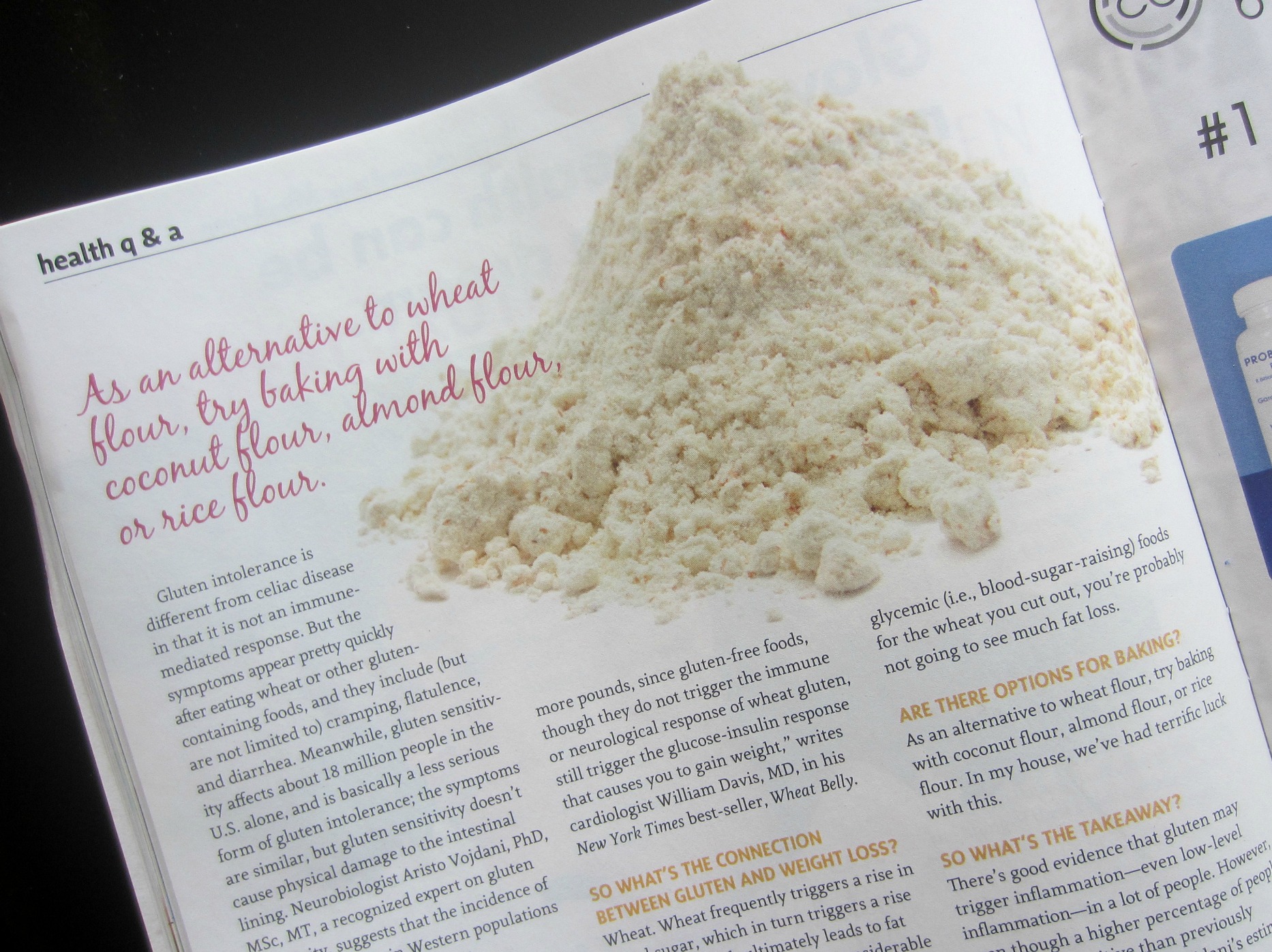 You can experience the same side effects with a gluten sensitivity, but they are normally less intense.

A couple years ago, I remember having severe stomach discomfort… all the time. It was so painful. I had no idea what was causing it, but I felt bloated the majority of my day, every day, and never got relief. I didn’t have a problem going to the bathroom, but I often felt heavy cramping, way worse than any menstrual cramping I had experienced before.

Some days were worse than others, and it affected me to the extreme of having to crawl into bed, hold my stomach, and do nothing but sleep to get over it. I eventually went to see a doctor over it, and she suggested I start monitoring the amount of gluten and dairy that made up my diet. I immediately started eliminating gluten whenever I had an option, and watched the temptation of having more than a little dairy. I felt like a completely different person after just a couple weeks of doing this! I didn’t feel bloated after eating a huge bowl of pasta, and all of my non-menstrual related cramping went away.

Like I mentioned before, I won’t ever claim to be one hundred percent gluten-free or totally dairy-free, unless I feel a need to completely remove both from my diet to feel my best in the future. If you are wondering if you have a sensitivity to gluten and experience similar symptoms to what I mentioned above, try removing it by substituting gluten-free products (like breads, pastas, and cereals) for two weeks and see how you feel.

The good news is there are plenty of gluten-free ingredients, menu options, and products out there that taste fantastic! Some of my favorites include: 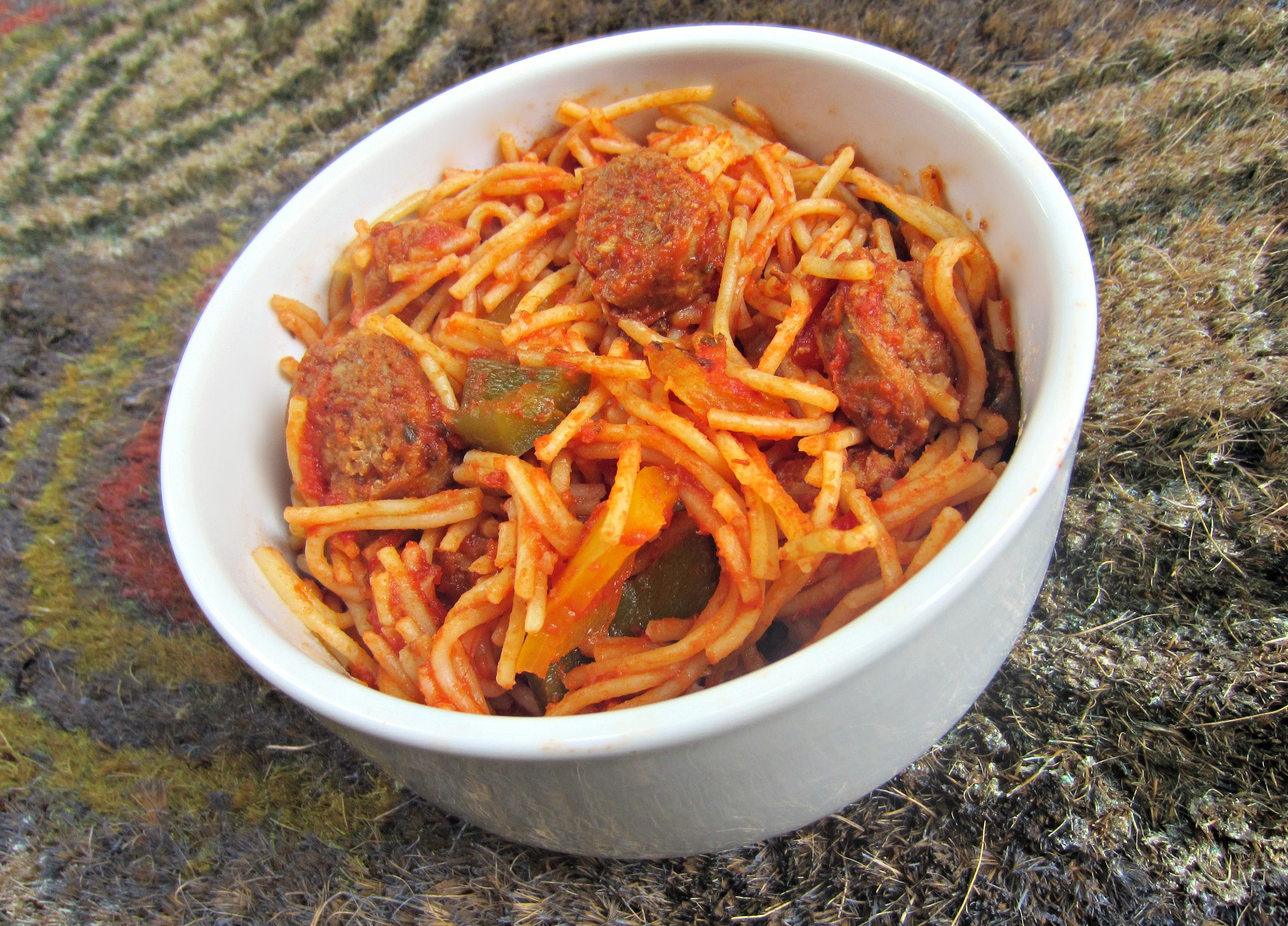 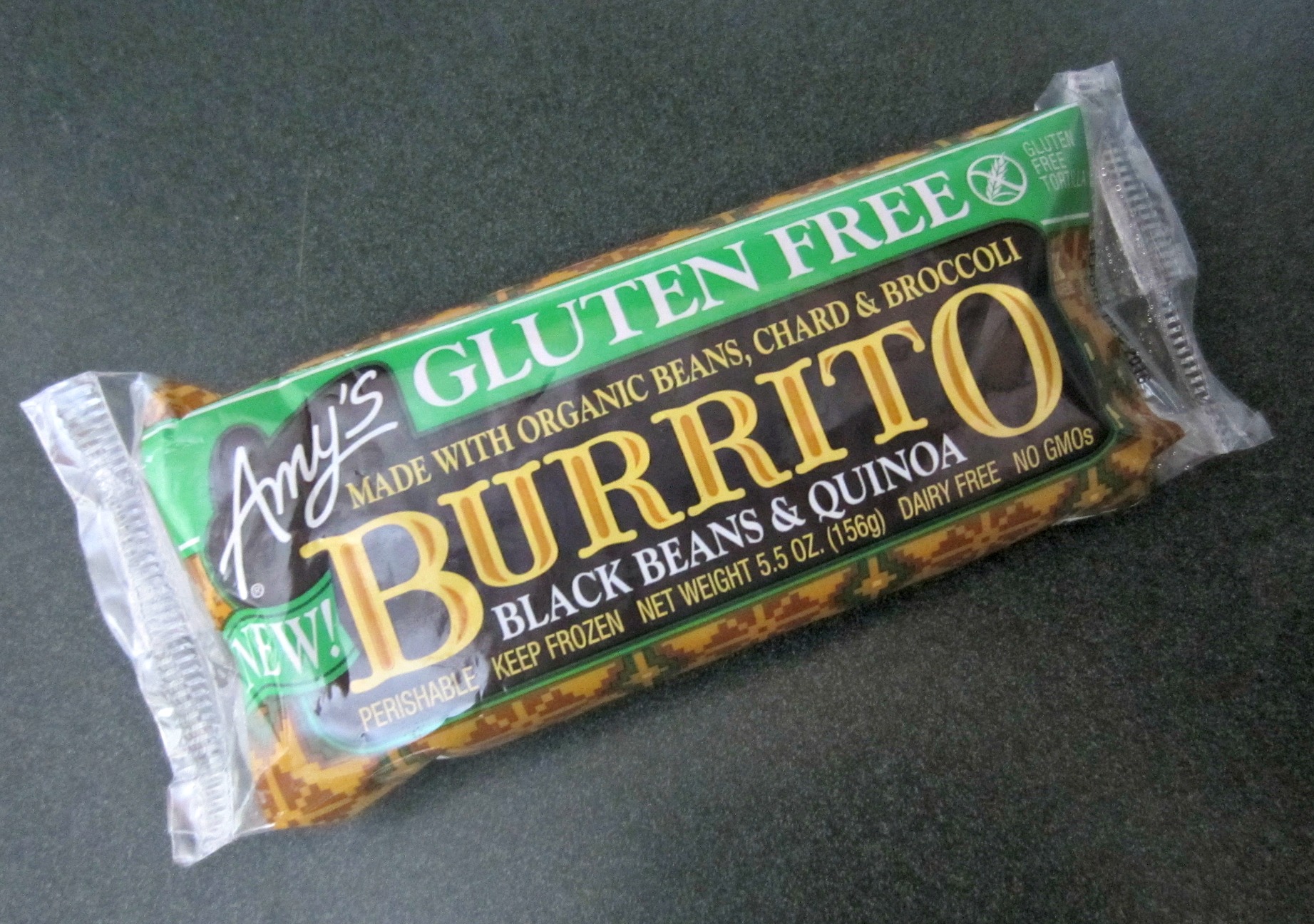 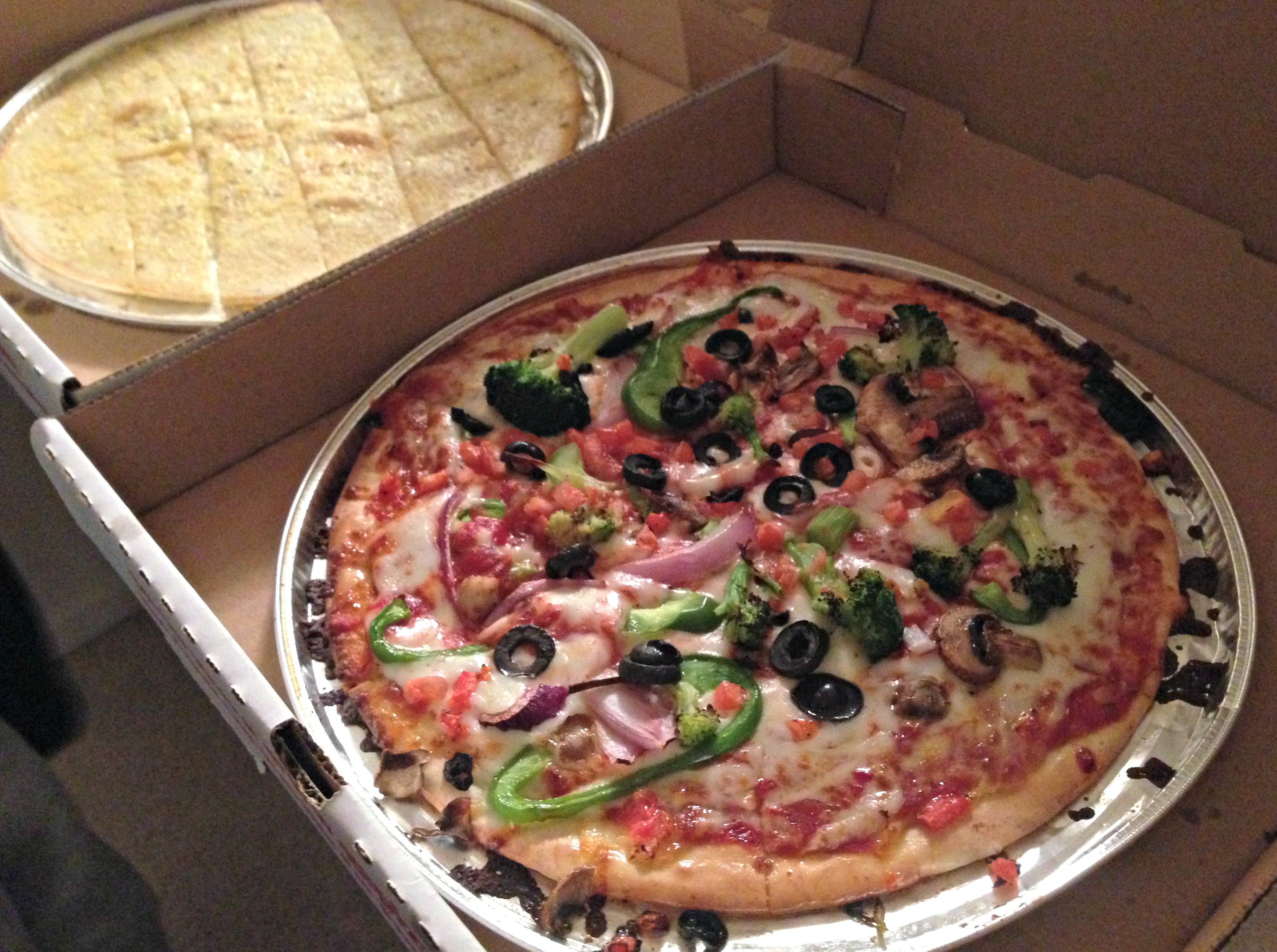 Gluten-free pizza and breadsticks from a local pizza joint 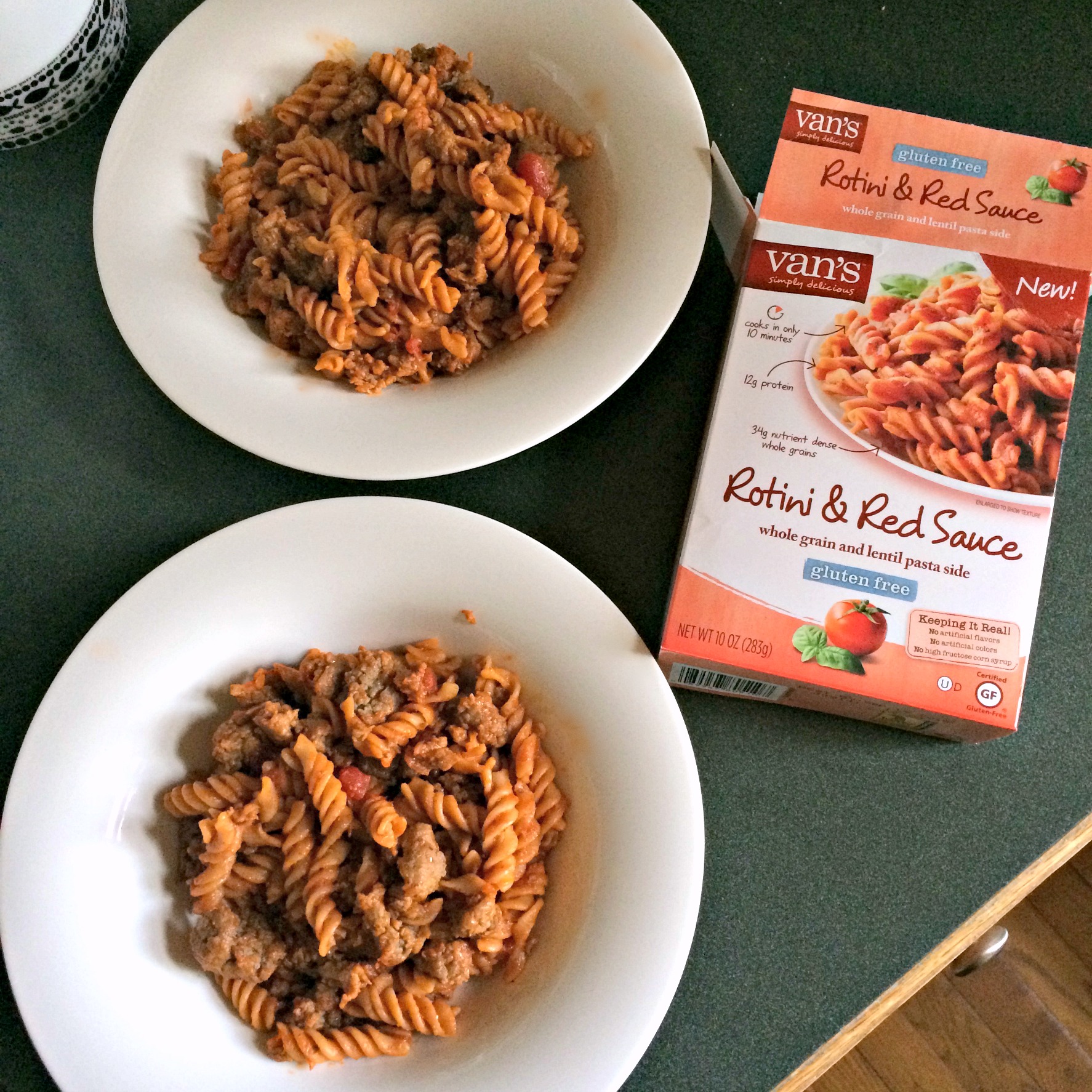 I still eat regular ice cream and yogurt from time to time, but it’s all within moderation and depends on how my stomach is feeling that day. If I consumed a lot of dairy or gluten earlier or the day before, I tend to back off. 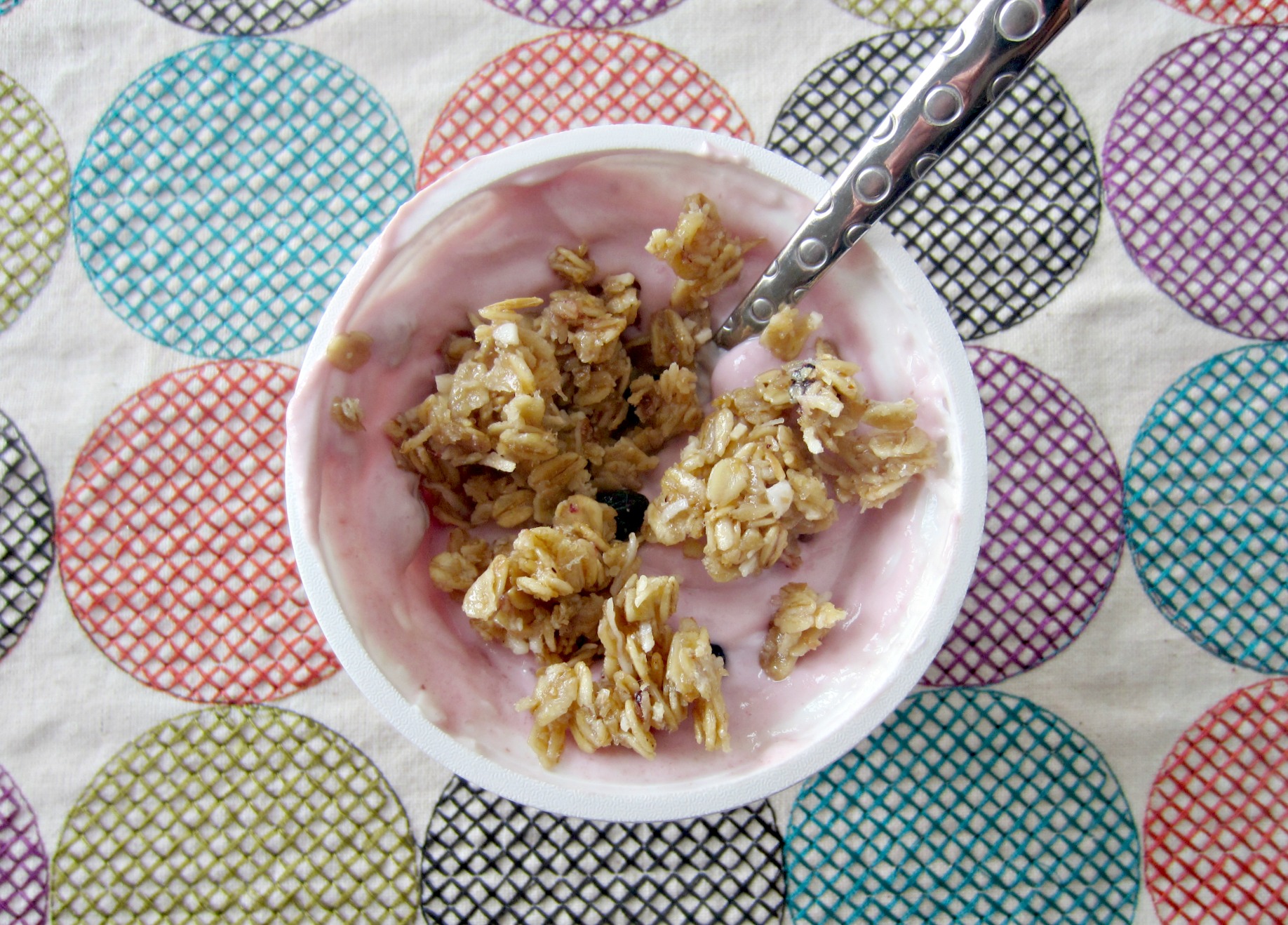 To be honest, I do notice a difference in the texture of most gluten-free foods, but it doesn’t bother me at all. I appreciate the absence of “glue”, and I really, really like them. 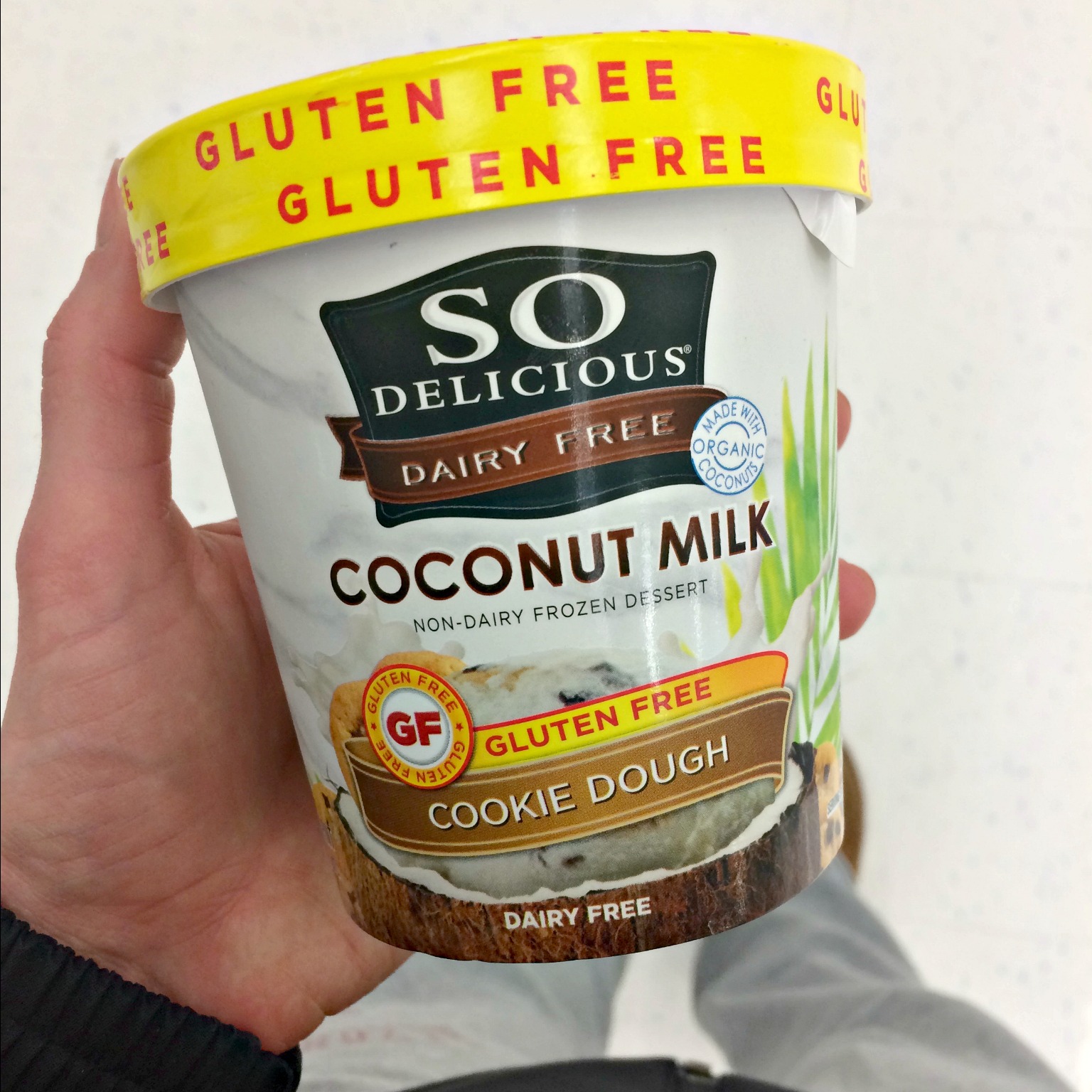 I will occasionally cook with wheat flour or “regular” noodles, but that’s only because my husband prefers it that way. If it were up to me, I would cook completely gluten-free!

This strategy of listening to my body and choosing my foods accordingly has worked really well for me, and if you are one who has experienced similar discomforts after eating, you may want to try eating somewhat gluten-free. It’s made a huge difference in my life!

I hope this little snippet helps those wondering what the fuss about a “gluten-free” label is all about. While some may fall into the trend of going gluten-free, others see it as a necessity. It is what it is!

Questions of the Afternoon

• Do you have a sensitivity or intolerance to gluten?

• If so, what are some of your favorite substitutions or products?

Saturdays in Brooklyn almost always include a stro

Getting home from a week-long road trip’s got me

Fall is officially here, and it’s my favorite ti

In honor of National Coffee Day, I thought it woul

How can you extend that summer tan and keep the gl

It’s fall, so you know you’re going to start s