O.M.G. is this story unlike any other I have posted on this blog & WARNING: some of the pictures in this one are NOT for the every day wedding blogger…

Well, to start off I had a great weekend!  It was my friend Ash’s Bachelorette Weekend (post on that coming verrrrrry soon), and I was SO anxious to get home, unwind, and get prepared for a busy week ahead.  Celebrating with her was so much fun and I definitely had a CRAZY weekend, but the CRAZINESS was about to go through the roof before I had a chance to know my name, what day of the week it was, or what timezone I was in!

I won’t bore you with a long story but let’s just say when I was grabbing my bags out from Mr. Hess’s big SUV trunk, somehow I proceeded to close the trunk and tried to pick up my bags at the same time.  Now, I know what your thinking, and NO I was not in the slightest bit drunk, hungover, or even tired for that matter…I have NO EXCUSE for this ridiculousness! 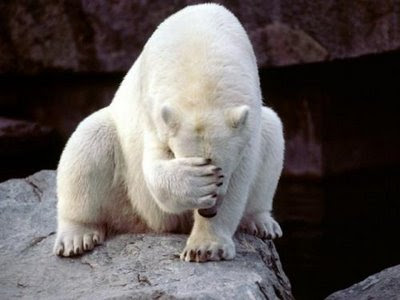 Now, I have been known to pull some stunts in my day and have proven numerous times that I am in fact a huge klutz, but this one truly takes the cake.  After hearing this story, my friend Ash told me that Mr. Hess’s SUV owes me an apology because this 10 seconds of “unloading” got me knocked onto the ground, created a huge gash in my head, caused me to bleed everywhere (including on my new dress and all over my RING), 4 hours in the ER and 8 staples in my head.  Yup, that’s right….staples in my HEAD…WHAT?! I know there are worse things that could have happened to me, and THANK GOD I had no kind of brain damage from this, but COME ON, REALLY?!?!?!?!

The absolute FIRST thing that popped into my mind is, “OH CRAP, HERE WE GO….” I had no idea what was in store for my future, but I knew it might not be good.  Mr. Hess came rushing to me and handed me a towel from his truck to put on my wound, which thinking back probably wasn’t the most sanitary thing to do….but we rolled with it.  There I was, on the garage floor scared and had no idea what my head looked like or how bad it was….and believe me I feel SO lucky that it wasn’t any worse that it is, I am truly blessed that 8 staples is all I need to a speedy recovery.

On the way to the hospital Mr. Hess and I both kept going through a roller coaster of emotions…I would go from crying to laughing to getting angry for being so careless and klutzy.  Do you know what my first thought was (QUE MELTDOWN HERE)….“What if I need stitches?  And WHAT IF THEY HAVE TO SHAVE PART OF MY HEAD?!!?!?!” ARE YOU KIDDING ME?  Of course this is the year of random things and extra expenses and unexpected curveballs, but it seems as though Murphy’s Law miiiiiight be pushing the limits on this one.  Again, after screaming “WHY NOW, WHY NOW, WHY RIGHT NOW….” over and over I went back to crying, laughing and getting angry.

When we got to the hospital it seemed like a million years went by until I finally got to see a doctor.  It wasn’t longer than 2 hours, but when you are a bride-to-be picturing how the heck you’re going to cover up WHO KNOWS WHAT on your head, the wait multiplies by a thousand.  It’s crazy how something so silly like hair made me think such things but I seriously kept saying in a pathetic little defeated voice…”Maybe we should elope? Or…postpone the wedding?!” I know, I know – that’s crazy.  But I’m telling you if I had to walk out of there with bald spots all over, don’t put it past me people!

So, there we are in the exam room and I just kept telling anyone who came up to examine me….”Please don’t shave my head, I’m getting married in 3 months and I just can’t deal with that!” I finally got JUST the response I was looking for after a few questionable ones when the physician finally assured me that would not be nessecary.  Apparently hospitals rarely do that anymore, especially on women.  FINE BY ME!!! Go ahead and put all the staples you want into my body, as long as there aren’t any bald spots I’m a happy girl!  After hearing this I looked at Mr. Hess with such grateful eyes and I knew it was going to be okay.  Below, you can see a pic that you’ll probably say, “WOW, too much info there,” but I gotta work on my street cred, right?!

As I was getting “stapled” I realized how silly this whole FREAK OUT was…things like this happen every day, and I started joking with her as she was stapling me saying how I need to work on my story because slamming a trunk on yourself just doesn’t look cool.  We all had a good laugh and before I knew it, it was over.  It’s moments like these I know Mr. Hess is going to stick by me no matter what type of condition I’m in.  I know it doesn’t seem like that big of a deal to you, but the way he looked at me and held my hand really melted my heart.  He kept telling me “you’re a strong, strong girl” and that motivated me to keep on trucking through it.

Mr. Hess: You truly are my best friend, partner, and life long inspiration to be my best…and I love that.  So, THANK YOU for being there for me always, and letting me be your
“BRIDE OF FRANKEINSTEIN!” as you called me… 😉

I get the staples out in 8 days and before you know it I’ll be just like before.  When I got home I had a present waiting for me, and THIS really freaked me out because Mr. Hess had picked these babies up on his recent trip to Sacremento and I forgot to open it before I left for the weekend.  He said now would be a great time to open the present and what do you know….socks.  Not just ANY socks, but SOCKS WITH “STITCHES” on them…can you believe that?

Until next time little monsters,
Presh